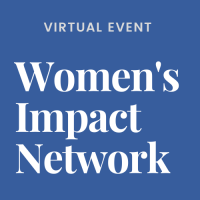 Free, open to members and nonmembers

Join us for a conversation with Kendalle Burlin O’Connell, president and COO of MassBio and a BBJ 2019 “40 under 40” honoree and the BBJ's life sciences reporter Rowan Walrath,
They’ll talk about O’Connell’s role as the first women leader at largest life sciences trade association in the world; what needs to be done to promote women in the male-dominated field; and the expansion of life sciences into the suburbs.

As MassBio’s first ever COO, O’Connell leads the strategic direction, global expansion, and business operations of the organization ensuring that Massachusetts life sciences companies have the best environment possible to research, develop, and commercialize breakthrough therapies and cures for people around the world who need and deserve them. Throughout her tenure, O’Connell has played a critical role in the growth of MassBio’s membership supporting its expansion to become the largest life sciences trade association in the world.

Rowan Walrath, Life Sciences Reporter for the Boston Business Journal, will lead our conversation expanding on O’Connell’s background and leadership within the industry MassBio’s role in driving life science growth in the commonwealth, and how the inner suburbs can support, attract and retain life science companies.